There are moments when you may need to turn off your iPhone without using the screen. Maybe the phone is in your pocket and you don’t want to waste time groping for the power button or maybe you’re just trying to conserve battery life.

Also, the majority of users reported that their iPhone screen, unfortunately, got cracked or become unresponsive and that’s why they demand a better solution to shut off the iPhone without touching its screen or display.

If you can’t drag the power off slider in your iPhone’s screen then the only way to shut down your phone is using the Volume Up (+), Volume down (-), or Sleep/Wake button.

Keep reading below to know the further steps.

Turning OFF iPhone Without Touching Screen

Here we will share the easiest method of turning off your iPhone without touching its screen. In this process, you just need to use a voice command that means Siri. Just open it, say and done. Also, point to be noted that this method supports various models of iPhone such as iPhone 5, 6, 6s, 7, 7 plus, 8, X, 11, 12, and 13. To do this, follow these simple steps:

Step 1: Press and hold the middle home or side button

Step 4: Then your iPhone will shut down automatically.

Remember that “Hey Siri” Voice command feature is only supported on iPhone SE, iPhone 6S or later devices, that’s why we have discussed this detailed method where every device can go through this process. But make sure your device Siri feature has been turned on previously, if you don’t know how to do it then look at the followings:

Turn Off iPhone Manually Without Screen

It may look tricky at the first attempt but you don’t need to be techy to do this, just simply press the Volume and power button you can turn off your iPhone easily. This method vary for different models, now let’s look at the further process:

Make sure to release the home button when your iPhone goes turned off otherwise the phone may gonna restart instead of blackout.

Stay Connect With Me! More new information will be flooded soon. Thanks ;)

How to fix When the left AirPod Pro Is Not Working?

How To Connect AirPods To PS5 Without Bluetooth Adapter?

IMAX Vs RPX ( Which One to Choose?) 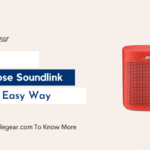 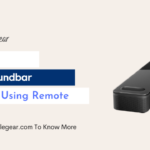 Turn ON Your Bose Speakers and Soundbars Without Remote – Tips & TricksHow To Connect AirPods To PS5 Without Bluetooth Adapter?